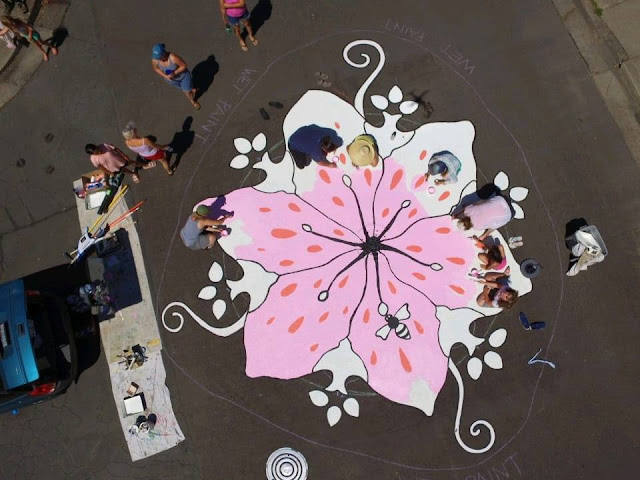 On Sunday July 28th, after months of planning and design, a community street mural was painted at the intersection of Lilly Ave. and Bethel St. in South Corvallis. The work was completed by over 40 volunteers from the community. A small team of neighbors including myself, Rebecka Weinsteiger, Dana Monroe, Katy Blye and Betsy Dasenko worked together with the City as well as the neighborhood at large to make this project happen. The project was inspired by the JANA Street Mural of 2017 ( on 11th and Taylor ST). This placemaking mural project will be featured at Open Streets, a free street festival on August 18th, 2019 that encourages active transportation and engages the community to create spaces where people want to walk, bike and play. In it's third year, Open Streets will happen between two parks in high-density low-income and working class neighborhoods, Lilly Park and Tunison Park. 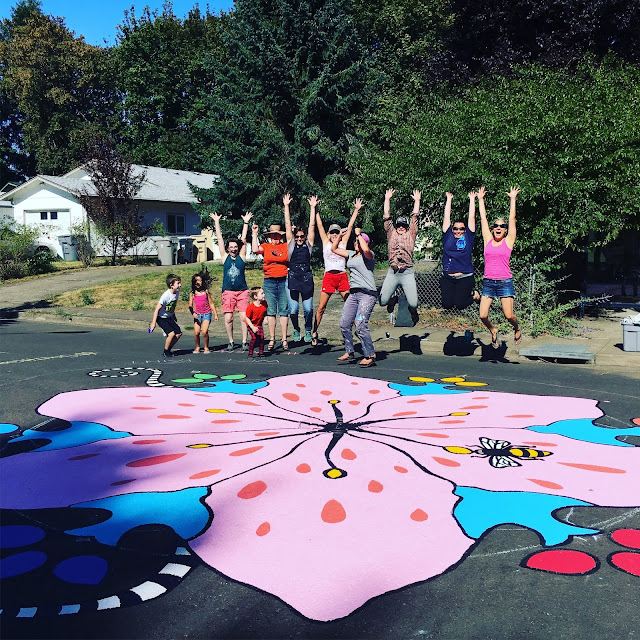 Pictured above: Finished Street Mural designed by Diana Ryan, local teaching artist and South Town resident. "After being involved with the street mural of 2017, I was inspired and excited to have the opportunity to design and organize a mural on my street. I use the route to bike my kids to and from school every day. In planning the design for the street mural, I used natural imagery in a colorful and playful way to celebrate place and diversity"

Our project goals when proposing the Lilly and Bethel Street Mural were neighborhood engagement, beautification and place making. We achieved all of our goals with a fantastic turn out of volunteers (40+ people) of all ages that helped with the painting as well as passer-by’s that stopped to engage and watch the painting process. The new street mural enhances the neighborhood and beautifies the commute for many walkers, bikers, buses and drivers. After the painting was completed we celebrated by having a neighborhood potluck in Lilly Park as we waited for the paint to dry where we ate pizza, chatted with neighbors, made new connections and further strengthened our community.

The painting team was super grateful to be fueled by donations from Tried & True Coffee Co., First Alternative Natural Foods Co-op and New Morning Bakery and the project would not have been possible with out the support of the City of Corvallis Neighborhood Empowerment Grants program which funded our materials!

The Open Streets event on August 18th will be another great opportunity for people to view the new street art while celebrating community. The most rewarding aspects of the project were hearing people’s enthusiasm and support for the project and getting the community involved in the painting itself. One neighbor remarked at how lucky he is to have the street mural going on so close to his house and how his daily life will be uplifted by it, like it was painted just for him. That’s the beauty of this neighborhood street mural; it is for everyone.

I enjoyed getting people of all ages involved and reinforcing the fact that this art is about community and everyone can be a part of the painting. The project was very successful and rewarding and I look forward to being reminded of my own pride in place each time I see it! 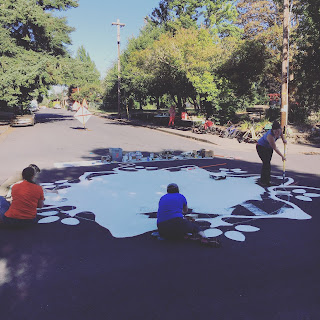 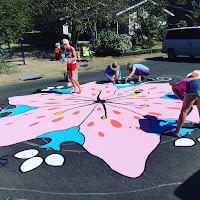 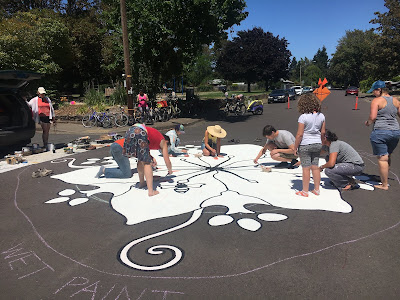 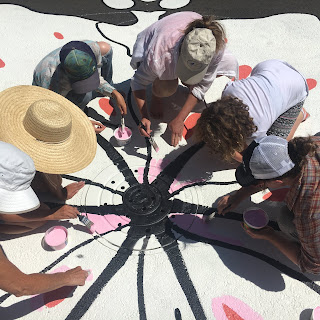 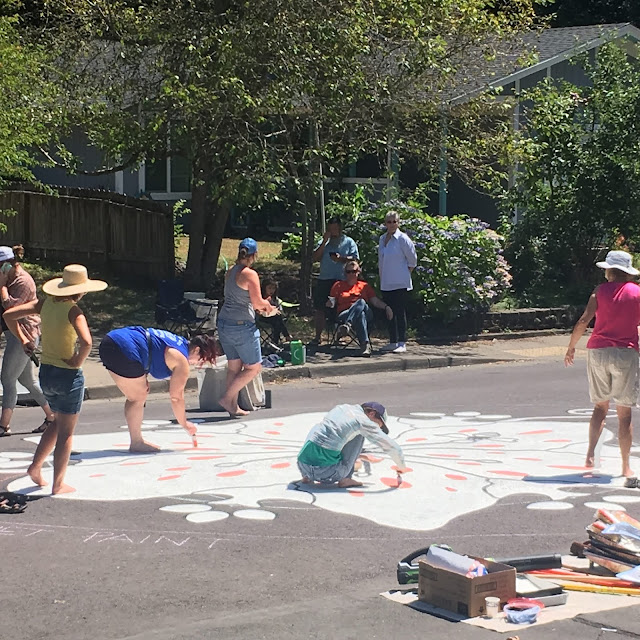 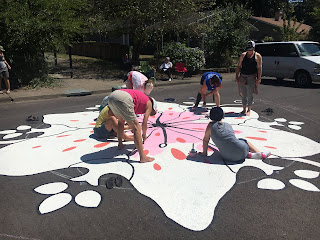 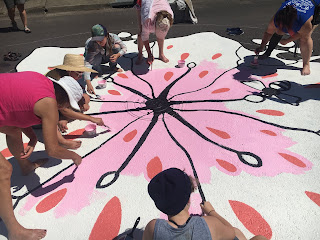 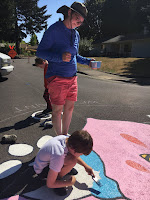 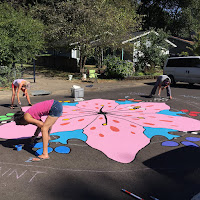 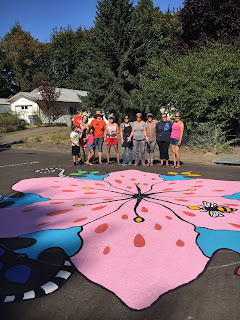 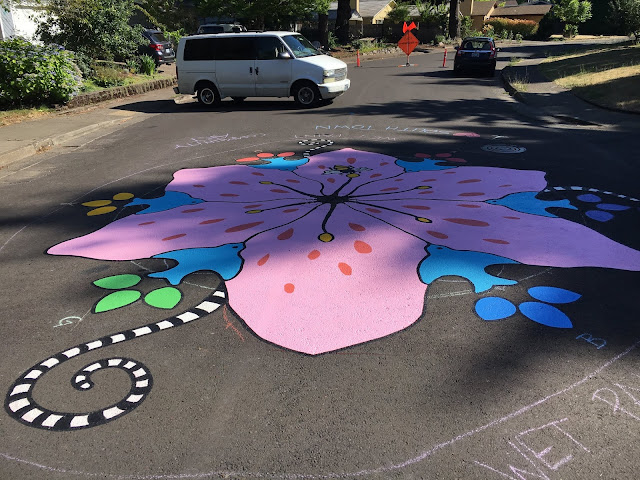 Diana
Corvallis, OR, United States
Diana Ryan is a ceramic artist and instructor in Corvallis. She fell in love with clay in 2002 while studying at the University of Oregon and graduated with a Bachelor of Arts Degree in Art (with a ceramics focus) and Environmental Studies in 2006. Her post college years have been spent making her own art and inspiring others through teaching art classes at the Corvallis Arts Center, OSU Craft Center, and through teaching residencies in the Corvallis, Albany and Philomath School Districts. Diana currently teaches private classes at her home studio in South Corvallis in addition to creating her own work and raising her family.